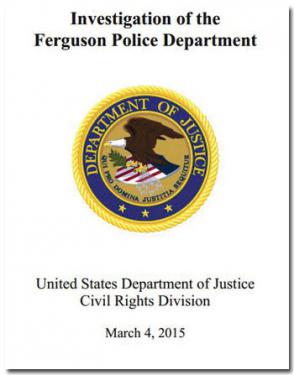 NEW YORK — In light of the Department of Justice’s recent scathing report on law enforcement practices in Ferguson, MO, the National Lawyers Guild (NLG), The United People of Color Caucus (TUPOCC) of the NLG, and the NLG Anti-Racism Committee (ARC), join communities impacted by police violence to condemn the actions of the Ferguson Police Department and call for increased oversight and accountability for law enforcement systems nationwide. Furthermore, the recent killings of 19-year-old Tony Robinson by a Madison, WI police officer, and 43-year-old Charly “Africa” Leundeu Keunang in Los Angeles, CA, are a reminder that the Ferguson PD is not exceptional. Rather, the violations highlighted by the DOJ are systemic and national in scope, resulting in a reality where one of every three Black men in the United States will spend time in prison and every 28 hours, a Black person in the country is killed by a police officer or private security.

The DOJ report highlights a number of egregious violations on the part of the Ferguson PD. First, review of correspondence between city officials and interviews with police officers show that “Ferguson’s law enforcement practices are shaped by the City’s focus on revenue rather than by public safety needs.” As a result, policing assignments are geared toward “aggressive enforcement of Ferguson’s municipal code,” and both stops without reasonable suspicion and arrests without probable cause are ubiquitous in violation of the First and Fourth Amendments. The municipal court aggravates the devastating impact of these unconstitutional policing practices by using “its judicial authority as the means to compel the payment of fines and fees that advance the City’s financial interests.” In 2013, there were 1.5 times the number of offenses as Ferguson residents, a number even Ferguson PD admits is “staggering.” Read more.

This site uses Akismet to reduce spam. Learn how your comment data is processed.